The home of Bathsheba Everdene in Schelisngers 1967 Film adaption of Thomas Hardy’s ‘Far from the Madding Crowd’. Bloxworth is a small village in Dorset close to Bere Regis, about 9 miles from the actual ‘Upper Weatherbury Farm’.

The actual Upper Weatherbury Farm that inspired Hardy for his novel is Waterston Manor, a mile of so from Puddletown, a gorgeous grade 1 C17th manor house, which now features on the latest Dorset edition of Pevsners Buildings of England

Bloxworth Manor built in 1608 claims to be the first brick built property in the county.

Formerly owned by the vice chairman of the Royal Horticultural Society who oversaw a significant redesign of the gardens after buying the property in 1997, including creating an ornamental canal and planting wildflower meadows.

Far From the Madding Crowd (1874) was the first of Hardy’s great novels. It has more of the splendor and freshness of life than its more somber successors. Despair had not yet overwhelmed him.  The title is drawn from Gray’s “Elegy Written in a Country Churchyard”:

Far from the madding crowd’s ignoble strife,
Their sober wishes never learned to stray;
Along the cool sequestered vale of life
They kept the noiseless tenor of their way.

Claimed as “probably the best-known and best-loved poem in English”, it was first published in 1751, the poem’s origins are unknown but it was partly inspired by the death of the poet Richard West in 1742 and in 1749 several events compounded to cause Gray significant stress including news that his friend since childhood, Horace Walpole had almost been killed by two highwaymen.

Horace Walpole was the youngest son of the first British Prime Minister Sir Robert Walpole, and revived the gothic style some decades before the Victorians, with the building of Strawberry Hill House in Twickenham in south-west London.

His literary reputation rests on his, ‘Castle of Otranto’, (the first gothic novel in the english language) and also his Letters which are considered to be of significant political and social interest.

Horatio and the Walpole’s were absentee landlords of Ilsington House in Puddletown, with the most renowned lessee, General Thomas Garth, principal equerry to George III and it was at this time that the young princesses, Mary, Sophia and Amelia, along with the Duke of York, stayed in Ilsington House. It is rumoured that the General adopted the king’s illegitimate grandson and raised him there.

View all posts by chrisbelsten 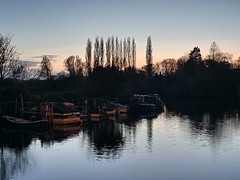 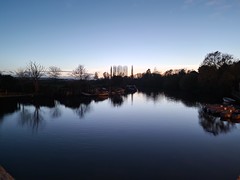 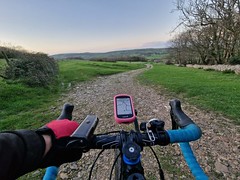