An exploration of the Dorset’s ‘best kept secret’ – the magical Cerne Valley in the Dorset Downs. Highlights include the fabulous Minterne Gardens; England’s largest chalk hill figure – the Cerne Giant and Cerne Abbas considered to be one of the most beautiful villages in the country that grew up around the 10th century Benedictine Abbey, once plundered by King Canute who later became its benefactor.

One of the finest manor houses in the county. Early C17th incorporating earlier work (including stone from the remains of Cerne Abbey) and for a while was owned by Sir Walter Raleigh who sold it to Sir Robert Mellor in 1624. Present residents include the Archduke Habsburg-Lothringen (from the Hungarian branch of the mighty Habsburg dynasty) and Lieutenant General Sir Richard Vickers – former equerry and Gentleman usher to the Queen

The entrance to the Abbot’s Hall of Cerne Abbey (founded 987). Around the oriel window are the shields of arms and rebuses of Abbot Sam, Bishop Hugh Oldham of Exeter and other benefactors.

Above the entrance itself were the living quarters for the Abbot, with space enough for a library; perhaps holding the Book of Cerne, and other manuscripts which became scattered in 1539 following the Dissolution.

After the Dissolution the porch was left standing but fell into decline to become part of the farm buildings. In the 1990s the roof was finally replaced with the building restored to the state you see today.

The ridge running parallel to Cerne Valley, part of the chalkDorset Downs. Thousands of years ago continuous with the more Cranborne Chase but the River Stour now cuts a valley through them which is the location of Blandford Forum and the eastern boundary of the downs. The downs have been designated as National Character 134. Farming here is mostly arable, woodland and calcareous grassland a habitat which is growing as farmers are encouraged to set aside land with subsidies

View all posts by chrisbelsten 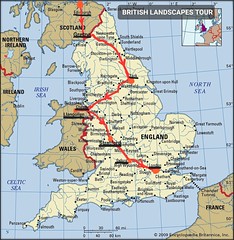 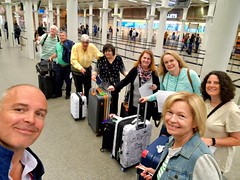